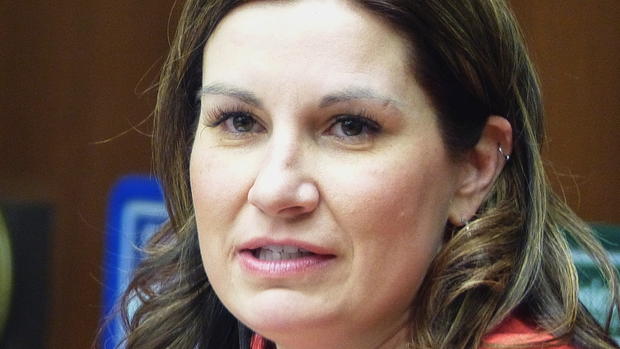 America, with its first attempted conviction of people involved in the misogynistic, barbaric practice of female genital mutilation (FGM)¹, is already light years ahead of those poor Europeans who just don’t know how to convict anyone². Islamic sharia texts condone the practice. Many Muslims follow these Islamic sharia texts. Therefore many innocent young girls, brought up in a Muslim environment are physically, psychologically and sexually abused every day, even in the free, enlightened world.

But thanks to Rep. Mary Franson (R-Alexandria), one of the more obvious details of the Detroit case is finally being addressed³.

Minnesota law was silent on parents allowing or encouraging this to happen to their chid. I view this as child abuse and sexual abuse. When the children were able to return to the home, I believe Minnesota did a disservice to those children. [Mary Franson]

European ‘law’ has also been silent on this – for decades; purportedly written to protect physically-abused girls, based on actual convictions (zero), it seems the law was actually written to protect the abusive parents. Naturally, in Europe, to even think that a law was written this way to protect Muslim parents is a standalone ‘hate’ crime that comes with jail time. Got that? Muslim parents physically abusing their young daughter: not a crime; someone pointing this out: ‘hate’ crime with potential jail time. Makes sense?

If a doctor finds a bruise on your daughter that is suspicious, they are legally bound to inform the police and child protection services. So, how is a missing or mutilated clitoris not highly suspicious? It’s the same in England. It’s the same in Wales. It’s probably the same everywhere where there are politicians willing to sell out our culture of freedom for women, to one of female abuse and repression: real female abuse, real oppression. [LL&TNPOS]

As Basil Fawlty once famously noted, it’s about time that the ‘bleeding obvious’ was addressed. It’s about time abusive Muslim parents were convicted of child abuse for FGM, and their poor, abused children removed to a safer environment, where they can attempt to lead a more normal life. Free from abuse. Free from oppression. Free from their abusive parents.