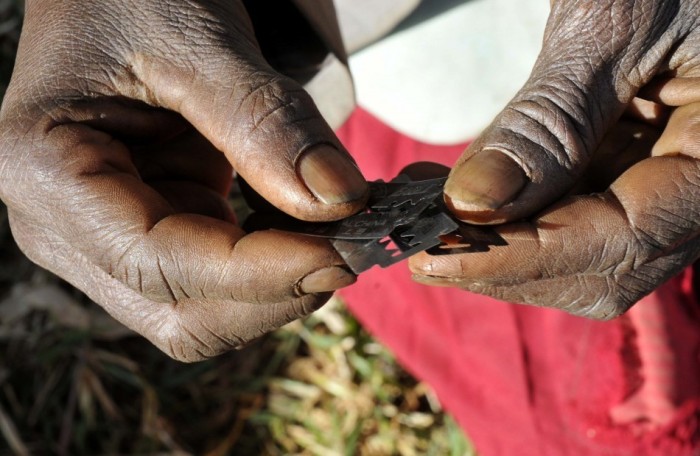 Covering the disgusting practices of other cultures must be a real pain to leftist media such as the BBC, what with all cultures being, like, totally equal and everything¹. This is however a strange situation where a law brought forward in 1985, and since strengthened, has not resulted in a single prosecution, and a non-English culture has everything to do with it.

It seems easy: a girl has a medical check-up and the doctor finds out in seconds that her clitoris has been removed. This is reported. The police go around and arrest the parents. They are charged with the physical abuse. They go to court. The court proves that they knew – jail. The court does not prove they knew – charged with neglect. Either way that girl and other children are removed from the situation. There doesn’t seem to be a rational explanation against what seems an obvious open and shut prosecution.

Stated by the UK’s Crown Prosecution Services (CPS): [my highlights]

Prosecutors work closely with police, offering advice on their investigations, but when a case is referred to the CPS a prosecution can only be brought where there is sufficient evidence. Factors such as the age and vulnerability of FGM victims, who frequently do not want to report offences that could lead to them giving evidence against their family, make it extremely difficult to secure this evidence. We welcome the strengthening of the law last year to encourage more victims to come forward. [CPS Spokesman]

“Sufficient evidence?” A ripped/missing clitoris is not enough? Isn’t that basically the gist of the actual title of the legislation: The Anti-Ripped/Missing Clitoris Act?² “Evidence against their family?” Who cares? It doesn’t matter if the girl says nothing; their is either direct abuse or indirect neglect by the parents by the very fact that their daughter no longer has the intact clitoris she was born with.

Does it matter if the baby that shows up at a clinic covered in scrapes and bruises doesn’t talk about their experience to the nurse? No – there will rightly be suspicion of child abuse by the parents and the law should take its course. And who cares who actually inflicted the abuse? And who cares if it was done in Rotherham or in Timbuktu? The parents allowed their child to be abused; end of story.

It seems that when a law that, in practical terms, targets another (non-English) culture’s criminal practices (Muslim and other cultural influences in this case), it is not to be too tightly enforced, or is to be crafted in such a way that prosecution is, as has been the case for over 30 years, almost impossible.

When there are an estimated 170,000 girls in England who have been abused this way, there is no honest reason why 340,000 parents are not in jail. Instead there are exactly zero in jail. None. What else could this be except implicitly honouring in the breach this disgusting cultural practice because the powers in England do not want to offend the culture behind it, or worse yet, support it. It seems that the theory of cultural relativism must not be compromised, whether at the expense of 170,000 mainly Muslim girls, or, as in Rotherham, 1400 mainly non-Muslim girls. The truth must not out.

3 thoughts on “Why Does England Ignore Clitoral Mutilation?”