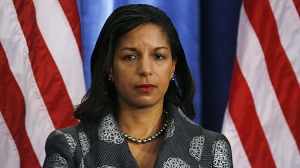 The UN ambassador, Susan Rice, has also been allowed by the non-free press to avoid such basic questions as 1) Who told you to say that the attack was spontaneous and a result of a specific YouTube video?, 2) When were you asked to use the YouTube video as a reason for the attack and 3) When did the original YouTube story get dropped as the official reason for the attack, and who alerted you to a different cause? And a question for both: Who told you that the attack was due to a well-planned Islamic terrorist attack, and when did this become the official reason? The timeline for this tragedy is extremely important. The fact that the old media refuses to investigate this is telling, whereas the old media’s willingness to investigate thousands of emails pertaining to the Petraeus affair gives us a good idea of where their ideology falls.