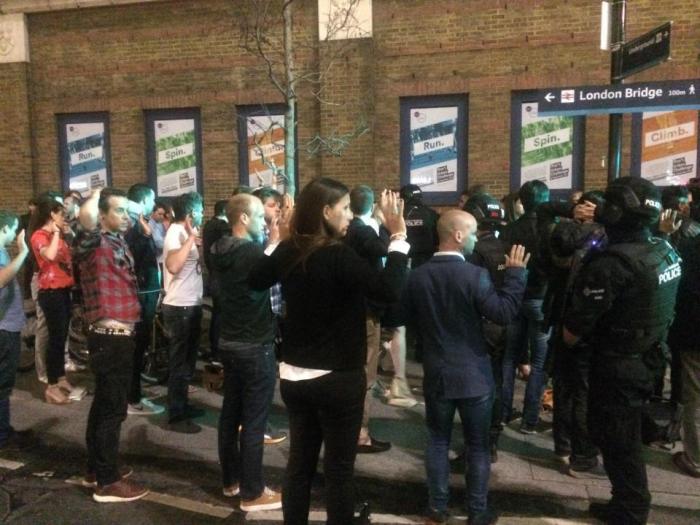 Ramadan is the cruellest month, breeding
Cowards out of the dead land, mixing
Ignorance and deceit, stirring
Dull citizens with spring rain.

London. Here we go again, again. There are far too many references in the Islamic holy texts about violent attacks against the infidel to ignore, but somehow Britain (and much of the West) has politically tried to ignore all of them. Despite this determined ignorance, these texts, especially the ‘Holy Quran‘, are there to read for any Muslim devout enough to enact these horrific texts literally. It’s almost as if these devout Muslims believed the Quran’s non-abrogated° words to be the immutable command of their god, Allah.

The BBC once again provides schizophrenic and obfuscating coverage¹. Frank Gardner, a BBC ‘security correspondent’, stated that “Islamic State supporters” were celebrating the attack even before the Islamic State had taken credit. You’d think their security correspondent might have a little more introspection when one of the attackers shouted “This is for Allah”, and then inferred the obvious conclusion.

Exactly which of the scores of violent verses of jihad in the Islamic texts, including the Holy Quran, are perversions of Islam, Ms. May does not highlight. But this exact same meme, repeated time after time, is now an official ideology in and of itself. To retreat in any way toward the obvious truth must at all costs be avoided, using the full apparatus of the police state as and when needed to make sure the populace also avoid the obvious truth.