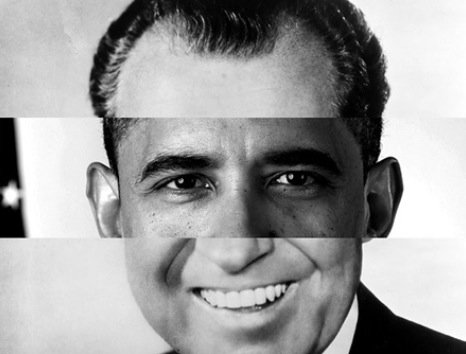 Watergate is what Obama did – let’s see how the Bob Woodward’s of the new free press will try to not cover this, and completely cover up yet another Obama scandal.

Sean Hannity, an ardent supporter of Trump, through the good and bad, has certainly aided and abetted a search for truth when it comes to obvious room-bound elephants¹. The media and previous administration (same thing, really) have for months been peddling the fantastical John le Carré narrative of:

Trump, and many of his election campaign crew, were in cahoots with the Kremlin (the main contact being a guy called Deep Throat), and helped Russian spies hack into election machines and tabulators all across the United States, hence denying Hillary Clinton and the Democrats what is rightfully theirs. Loyal US intelligence services are only now starting to uncover the nefarious political, personal and financial ties that undergirded this interference with American democracy. [Fantasy]

The truth, naturally, is often far from the novelistic stylings of the Democrat party, some in the Republican party, and all of the media, academia and riotous anti-fascists.

Obama and his administration applied for Federal Intelligence Surveillance Act (FISA) warrants to spy on Trump and many of his election campaign crew starting in June 2016, in the hopes of garnering damaging information. No illegal conduct was found.. However, the illegal surveillance of private American citizens continued. The information garnered from this surveillance is now being leaked by hostile and combative administration holdovers loyal to the prior government. [Much closer to the truth]

The scandal peddled by the media, as in so many cases, is not the actual scandal. The actual scandal is the illegal surveillance of private America citizens in order to influence an election.

Now that Hannity and others are helpfully rephrasing and reframing the issue for the deliberately clueless media, perhaps the next deliberate leak from the administration to MSNBC or others can be ridiculed for what it exposes – just an American guy talking to a Russian guy. That’s it. Once we get to this point, the media will naturally move on from this simplistic (but to them effective) narrative, and certainly not dig into the true scandal. Because that would be wrong.