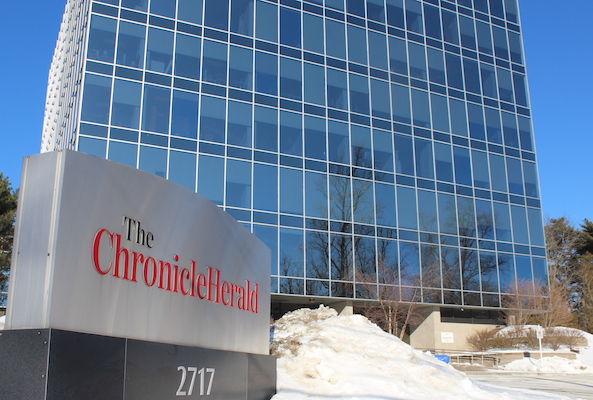 In this previous post [see here], we see the meltdown of a Canadian newspaper that did the right thing: report. However their reporting does not match the agenda narrative of the current Canadian administration headed by the clueless Justin Trudeau; to wit, that Muslim immigration to Canada is 100% wonderful and worry-free. Canadian school girls in Grade 3 being choked by their newly-arrived fellow refugee/migrant male Muslim classmates is certainly not 100% wonderful and worry-free.

Sadly we are seeing the same censorship of the press by the state (with self-censorship by the press themselves) in Canada that is now de rigeur in Europe. Opinions that differ from the agenda narrative is considered akin to treason. The Canadian state broadcaster CBC still has no relevant results for ‘chebucto‘ in its search box as of this post [see here]. As for Chronicle Herald News, they seem utterly lost. Their ‘replacement article’, for wont of a better description, is a complete mess [see here].

The progression of this story went something like this:

In Europe, censorship was rolled out hand-in-hand with state persecution of dissenting citizens. I suppose it’s only a matter of time before North America succumbs to the natural road to serfdom.

One thought on “The Chebucto Choke”