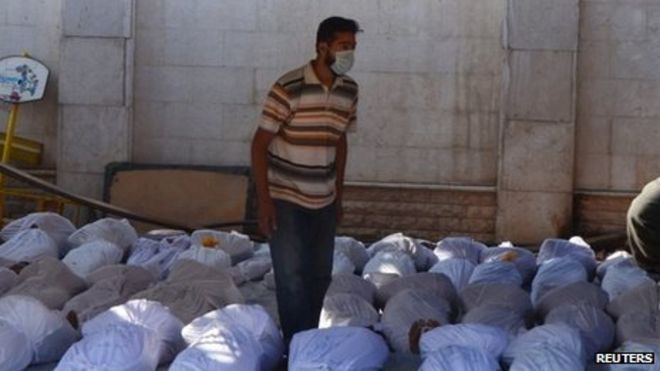 Who benefits? The jihadist rebels? Refugee activists? Democrat hacks? Trump? The American people? It’s not easy to figure out.

An atrocity: a chemical attack on civilians. An immediate response: a bombing of the airbase used to deliver the chemical attack. But one thing to always keep in mind in the Middle East is that things are not always as they seem. The people living in the Gaza region for example, among others, are well-known to produce propaganda fiction: just Google ‘Pallywood’.

Are the videos we see fiction or have they been independently verified by neutral observers? Are the videos real, but the resulting atrocity was not the work of Assad’s Syrian government, but someone else? Even the Trump-hating media describe the verifications as coming from “activists and witnesses.”¹ So, what does that mean?

One potentially positive thing about Trump’s bombing of the Syrian government airbase is that it sends the clear message of an immediate response. It indicates that America might be looking once more and it might make little monsters like Iran’s Khamenei and North Korea’s Jong-Il take note. This has been missing for eight years in the US with administrative obfuscations, indecision, outright lies, as well as siding with the enemy such as Iran, the Muslim Brotherhood, and yes, Russia.

One potentially huge negative thing is that we bombed the wrong guy. When you see jihadis, all over the sordid mess that is the Arab-Muslim Middle East, celebrating the bombing, you have to step back and take a fresh look. When you see Hillary Clinton and John McCain praising the bombing also, you might need to shake your head and say, ‘My God! What have I done…?’