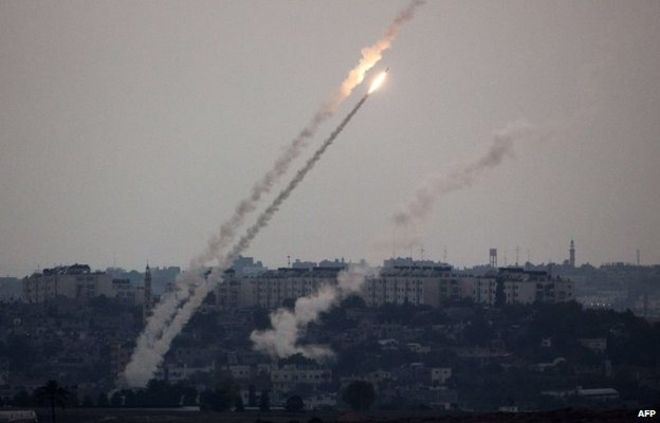 Lots of ‘Gaza strips’ and ‘West banks’ throughout Europe? Perhaps. And perhaps this is the only “solution” the elites will allow the common people to have.

Two recent articles appeared recently outlining plans, both open and covert, about setting up geographic areas in European nation states where Muslims will be able to self-govern. These areas or zones (reservations, ghettos, gulags?) within Britain and Sweden, presumably with more to come, could have an independent existence in all respects from the state it is in. Thereby they would be free to govern using sharia law and institute Islamic cultural practices.

The refugee issue is a huge problem, but there are possible solutions. Sweden, a sparsely populated country, would be able to rent a land area of Hong Kong’s size. There could receive millions of people who must support themselves and not have to cost anything. [Paul Romer, World Bank economist]¹

Romer goes on to explain that the inhabitants of these zones would not be citizens, but would be free to live life as they wish. It seems as it becomes ever more obvious, even to self-servingly, willfully-blind elites, that the impossibility of integrating or even assimilating Islam into Western society, some solutions must be offered. Said solutions, naturally, cannot even at this point include non-adherence to the orthodox belief in multiculturalism and unlimited immigration.

The British version of these proposed Islamic apartheid zones currently consists of a report being censored by the Home Office. The report points to obvious concerns with the non-integration of Muslims and the effect of their culture on the non-Muslim population. It is a little different in that it charges that the government has de facto allowed self-governance in certain British localities without the legal formality inherent in the proposed Swedish model.

He (Edwards) told us the Home Office didn’t like it and was trying to find a way to water it down,” one source said. A Home Office spokesperson refused to deny these allegations. Another source told the Sunday Times that Edwards believes the “report focused too narrowly on Muslim extremism and integration.”²

As these plans become more public it’s possible that European parliaments will soon bring proposals to their respective chambers advocating for creating a Gaza or a West Bank as happened in Israel. Over time these zones may create their own versions of Hamas and Hezbollah that could then terrorize their proximate cities as happens in Israel. It seems that the elites and politicians needed to “do something”, as the saying goes, and that something might make Europe look and feel a lot more like Israel, Palestine locales and Lebanon.

The apocryphal Chinese saying, “May you live in interesting times,” is taken to mean a curse, in that instead of peace and harmony you would live in a time of chaos, misery and mayhem. Europe right, before our eyes, is indeed living in an interesting time.