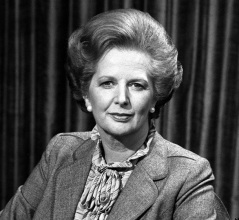 She embodied, more than most English political figures since the revolution of the colonies starting in 1775, a woman who understood, to her core, what English liberty actually meant. The ideals of liberty, including the average person having sanction over a king, started in England and culminated in the English Bill of Rights, 1689.

Many Americans today will recognize the statements made in this bill within the one that the Founding Fathers eventually amended to the US Constitution in 1789. We recognize the right to bear arms, the right to free speech and the right of the people to agree to taxation. It started in the bill of 1689 and was demanded by the Founders in their bill in 1789.

The England of today would be unrecognizable to a Locke, a Paine or even a Shelley and a Wordsworth. In fact Jefferson would have trouble in relating the England of 1776 to that of 1976. They were all men of their time and all imbued with freeing the simple man from his arrogant king. Thatcher knew this history and like Churchill she used it to its fullest extent. The England of today is a very confused country. Multiculturalism has made mincemeat of its heritage, history and culture. Europeanism has made mincemeat of its legal legacy.

Rest in peace Lady Thatcher (‘Maggie’ to her friends). I hope your legacy might be reborn, especially in the Elliotian wasteland that is now England.