The problem with global involvement is that not every country in the world believes in the notions of liberty most ably expressed in the United States; in fact most don’t even come close. So when there is global involvement in anything it suggests that American liberties could possibly be compromised. Because ‘it’ is a global problem, ‘it, we’ve been told, requires a global solution: from free country to Islamic dictatorship.

But going back the to nutshell. It’s everything. Over at Climate Action Tracker¹ they have the following infographic. 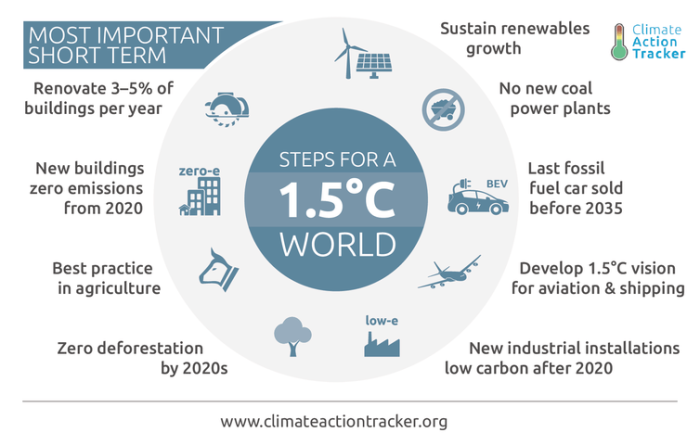 The Wheel of Woe is detailed (short-term only, don’t forget; there’s more to come…) as follows:

What is global warming? Everything. That’s the real problem. When your government, and dubious ‘governments’ from all over the world, get to tell you how everything is going to be – well, I’m thinking 1.5ºC is the least of our worries.