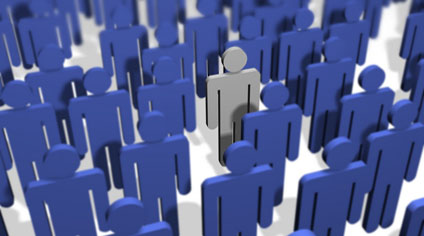 Beyond just the protection of those in society who might least be able to protect themselves without government interference, I’ve phrased the ‘minority rights‘ above to show how they are more coercive to society, not productive. They even sound coercive.

Here are the minorities noted above:

This said, there is no inherent idea that being in a minority, for whatever reason, is bad or evil in any way; it’s just a statistic in that sense, that is <50.0% of the population. Also, it’s understood that the individuals within these classes of human beings have varied intellectual diversity. It’s important not to lose sight of our inherent individuality.

In the West today the idea of protecting those who need protection the most (a great idea) has turned into using minorities, first as a protected class, then as an emotional crowbar, to utterly destroy two rights: individual liberty and free speech. The problem is individual liberty and free speech are rights given by the Creator, and no person or regulation can infringe on this; this is a frazzling problem for your average social engineer.

In Europe, whose citizens have a much lesser relationship with the Creator, it could be still argued that individual liberty and free speech are simply great ideas, and if any ideas should have to fall, these two should be last. Without getting into the weeds, the French could also try the egalité argument even though it is common knowledge that certain people are now more egal than others!

The idea of protecting those who need protection should be subservient to individual liberty and free speech, not the other way around. Once you place minorities protection at the top of the pyramid, and liberty and speech at the bottom, there is now no argument that can protect once-vaunted ideals.

In effect, I think, using minorities in ways that are plainly obnoxious to society is just another method by which the historic culture, the prevailing religion of Christianity, the accidental physical characteristic of being pale-skinned, and perhaps even speaking English, can all be maligned and impugned, and with it Western culture. There is something seductive to the fascist about destroying what once was, in order to forge their new world order, their Utopia, their People’s Paradise. There is no need, however, to let their obsessions with power and control get in the way of our rights as free people, even those of us who have been labelled as a minority.