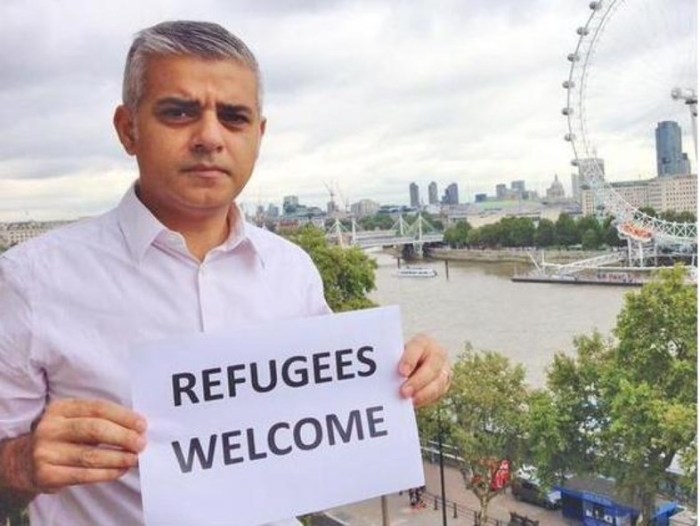 Mayor Khan of London, In-ger-land, doesn’t want Muslim immigrants to assimilate but he’s doesn’t mind a bit of the old integration¹. Is this just feckless taqqiya, a lazy distraction or what?

Assimilate: Latin; ad– ‘to’ + similis ‘like’; to become like; to become similar to; to be absorbed into;

Integrate: Latin; integrate– ‘made whole’; to combine one thing with another thing to make a whole;

What’s the difference? What’s the wily, old, (yet another) radically-linked mayor up to? Well, although both words could be used in similar ways there are connotations to be aware of. Try these from the web, focusing on the geographic coming together of two cultures:

Integrate: “people of different backgrounds incorporate their communities within the larger national society“; so the Muslim immigrants to England are just one distinct community within English society, and their culture remains distinct.

Still a little tedious, right? But the distinction is a little clearer when you see what Mr. Khan thinks it means:

One of the lessons from around the world is that a laissez-faire or hands-off approach to social integration doesn’t work. We need rules, institutions, and support to enable people to integrate into cohesive communities and for the avoidance of doubt, I don’t mean assimilation, I mean integration, and there’s a difference. People shouldn’t have to drop their cultures and traditions when they arrive in our cities and countries. [Mayor Khan]

So he wants “rules, institutions and support” to ensure that the Muslim community integrates itself into England. Again, tedious, but what Khan seems to want is for there to always and forever be a very distinct Muslim community and that it’s culture and tradition is not lost into the wider English culture, and society itself will need to ensure this happens.

This, in any case, is actually how ‘multiculture‘ has been propagated in the European West, Canada and Australia: the guest culture is every bit as valid as the host culture and both must co-exist. In the US this multiculture wasn’t as important a social concern as assimilation was the key, the ‘melting pot‘, the guest culture is absorbed into the wider US culture.

The problem is that what’s left of the West has issues with the “cultures and traditions” of Islam not adapting itself to Western culture: homophobia, gender inequality, religious bigotry, xenophobia and anti-Semitism, in the opinion of London’s mayor, must remain, inviolate.

One thought on “Integrate, But Do Not Assimilate”