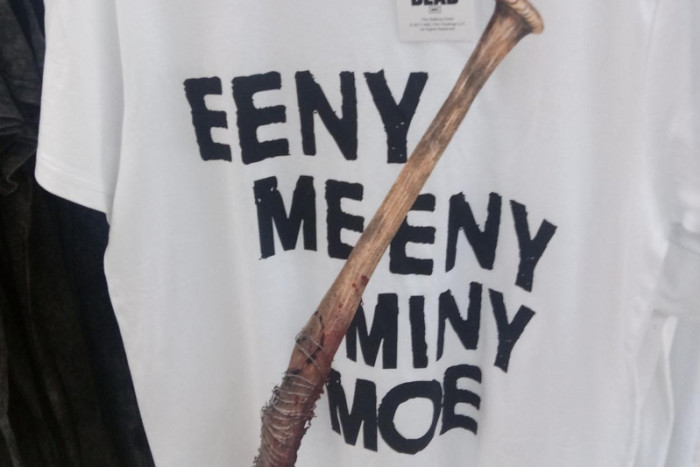 Did you think that only pale-faced, suburban, middle-income, twenty-something, liberal American males could be proud ‘white allies’ to the racist Black Lives Matter movement? Well, think again, because the senior Mr. Lucraft wants you to know that he’s English, and he’s proud, and he’s all offended as hell: BLM Canada, make way! (And that includes the Toronto Gay Pride Parade apparently; different unconnected story…)

Step aside the ‘Snowflake Generation‘ of men; Ian Lucraft wants you to know that as part of the vanguard of the ‘Coalflake Generation‘, he can be just as militant (and possibly ornery to boot), and as obsessed, with his own dismal, morbid obsessions as any other demented American socialist-minded college student¹.

After regarding a t-shirt whilst shopping, Lucraft noticed that the words and graphics on said t-shirt made him angry. A normal male response would have been not to allow a t-shirt to make you angry. The new, normal, coalflake response, though, is to allow your righteous anger to shine through – like a diamond (which used to be coal, or something).

This brilliant argument aside, Lucraft was still able to persuade the store owners, Primark (aka CEO Paul “Please Make It All Go Away” Marchant), to remove the the t-shirt with all due haste and alacrity. Because, you know, just in case, I guess…

It seems unclear as to what arthritic SJWs like the Lucraft’s of this world really want (or how they became SJWs!). Does he really want the words emblazoned on the t-shirt, “Catch a nigger by the toe”, or does he just want to assume what might have been? And by assuming what might have been, and thence what someone might infer, and thence what someone might read into it, he can then insert his own obsession, call it rational, and claim himself a hero? Ah, to dream, perchance to face reality. It seems too good to be true. Surely he’s just a crazy, old English goofball living in a country where you don’t even have the right to have a bigoted opinion in any case? So why worry?

Different unconnected story…is there another Lord Of The Rings episode in the making?