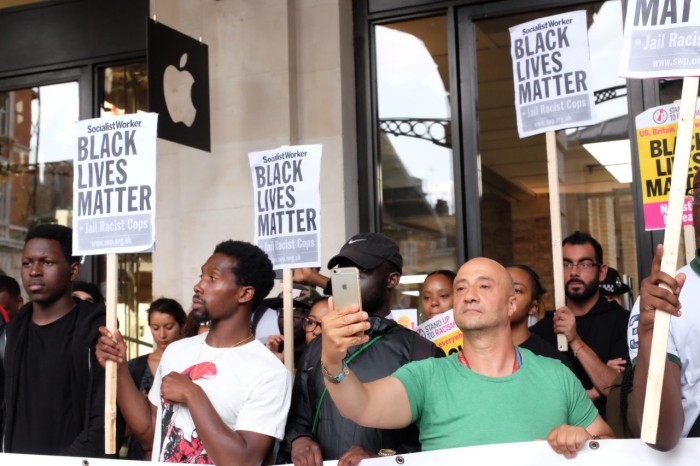 To its credit, in 1833, Britain used the might of its Royal Navy, and the reach of its Empire, to abolish slavery around the world. They were white. Very white. However that was then, and this is now, and who knows what things mean any more. Anyways, here’s an olive-skinned man, supporting black lives matter racism, in slave-busting England, boycotting Apple, by taking a picture with an iPhone. Enough said.